Economic Expectations and the 2012 Election

Obama will not win reelection if the US economy during the latter half of 2012 is similar to the economy we see now.  I do not subscribe to the theory that Obama will win reelection by spouting the ‘do nothing Congress’ meme and using his bulging war chest to launch attack ads at the Republican candidate.  I just don’t buy it and I believe the American people will reprise the famous James Carville phrase “It’s the economy, stupid” that got Clinton elected in 1992. 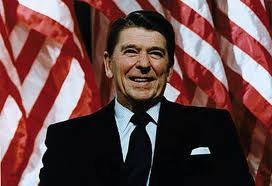 Obama’s 2009 Stimulus and the over regulation from the EPA, DoJ, FDA and HHS have not created jobs and US businesses are basically waiting for the shackles to be removed from the economy.  After the Free Market is allowed to work by reducing government spending and lifting regulations, then we’ll have a true recovery from the great recession of 2008/2009.  These conditions won’t happen with a Democrat controlled Senate and Obama in the White House so we’d expect the economy to remain in its current malaise until after the 2012 elections.  But I think there might be a scenario where the US economy starts to improve dramatically as we get closer to the elections of 2012.

In our modern world, with information available to all with the click of a mouse, tap of a finger on an iPad or from any of the 24 hour news cable channels, the average American is fully aware of economic expectations and how those expectations will impact their business and personal finances.  Our Economy still obeys the classical laws of supply and demand but the theory of rational expectations also dominates the Macro Economy.

A post from the Library of Economics and Liberty explains this theory:

The theory of rational expectations was first proposed by John F. Muth of Indiana University in the early 1960s. He used the term to describe the many economic situations in which the outcome depends partly on what people expect to happen.

With so much information available to the individual investor, CEO and small business owner, they not only based their business/investing decisions on sound economic principles but they also base their decisions on what they expect the future to hold.  If a business owner expects higher regulation from a government agency or higher costs from compliance with OBamacare then they’ll make choices to reduce hiring, scale back production and cut operating costs and this is exactly what has happened over the past couple of years.  But if they expect the future to harbor a business friendly environment then they’ll hire more workers, increase production and add capital to their business in preparation for the forthcoming boom.  Likewise, if consumers see good times on the horizon they will grab big screen TV’s, buy a new house, purchase a new car and invest heavily in the Stock Market.

So here is why I think the economy will improve dramatically as we get closer to the 2012 elections.  As the Republican Presidential candidate gets selected and he eviscerates Obama all along the campaign trail (and in debates) then Americans will start realizing that 1) Obama will be a one term president and  2) many of the hindrances on business will be removed in 2013.   Companies will start to hire, manufacturing will ramp up, companies will purchase capital equipment to prepare for the real recovery and consumers will start spending some of the money they have saved.

So is a recovering economy in 2012 a bad thing?  If the economy improves dramatically prior to the 2012 elections will Obama try and spin this as a result of his policies?   Will the American people buy that lie?  As a Conservative, I want to flip the Senate and remove Obama from office but a recovering economy might make that goal more difficult to attain.

As an American I want our economy to improve but as a Conservative do I secretly root for the current malaise to continue?

The theory of rational expectations for the economy is real and can’t be manipulated as if we were living in an Atlas Shrugged novel (where John Galt and others intentionally remove the economic engine from America to teach Liberals a lesson).  The Free Market will adjust according to positive expectations and it is my opinion that the economy will improve in 2012 in spite of the deleterious policies of Obama and the Liberals in Congress.  It will happen and you can say you heard it here first.

1 Response to Economic Expectations and the 2012 Election