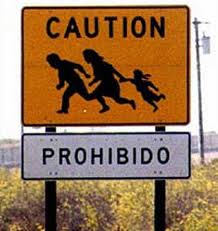 It appears that the Senate has reached a bipartisan agreement on Immigration Reform and I support this long overdue legislation.  From CNN:

Washington (CNN) – “Millions of undocumented immigrants would get immediate but provisional status to live and work in America under a compromise plan proposed Monday by a bipartisan group of eight senators.”

“Only after those steps occurred could the undocumented immigrants already in the country begin the process of getting permanent residence — green cards — as a step toward citizenship, the senators told a news conference.”

It appears that the plan is similar to a two part plan I proposed in 2011 – 1) increases security on our borders and 2) provides a path to citizenship for those who are law abiding.  And if you’re interested, here is another, more detailed plan that I can also support.

In my opinion, Republicans have missed their window of opportunity to get a political boost out of this plan since the MSM will spin this new deal as something the Republicans were ‘forced’ to do based on the voting demographics of the last election.   From this exit polling data, you can see where Hispanics voted overwhelmingly in favor of Obama, the margin increased from 2008.

The genie can’t be put back in the bottle.  We have at least 11 million illegal immigrants in this country and we can’t expect to forcefully deport them.  Maybe I have an overly optimistic view but I believe that most of these immigrants came to the US to contribute to society, start a new life and take advantages of the freedoms we cherish.  Many of them have kids in schools, own businesses and contribute to our society and those people are who we need in this country right now!

It’s my belief that many immigrants can show other legal citizens how hard work and good old fashioned capitalism can lead to a better life as opposed to the life Democrats support that keeps many on Welfare and Food Stamps.

I see this path to citizenship for the vast majority of law abiding, hard working immigrants as a type of blood transfusion to our country.  A small but significant quantity of hard working citizens starting businesses, paying taxes and stimulating the economy might inspire others to break the chains of government handouts that have enslaved them for generations.

This entry was posted in Entitlement Programs, Immigration, politics. Bookmark the permalink.