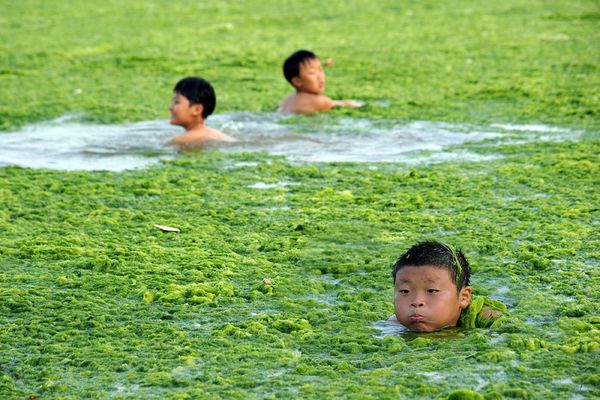 It’s hard to keep track of all the Obama failures over the past 4+ years and with a new failure coming almost weekly, it’s easy to lose sight of failed promises from even a year ago.  But I was reminded of Obama’s failed attempts at promoting algae as an alternate fuel source when I read the following article in PM Network.  (Note – PM Network is the monthly magazine of the Project Management Institute and you can’t read the article without a membership but I’ll provide you the money quotes).

Before I get to the PM Network article, first let’s remember what The One said in early 2012:

Faced with the highest oil prices in nine months, President Barack Obama is backing pond scum as a path to energy independence, pitting the nascent algae-based biofuels industry against critics of his energy plan.

The administration yesterday announced as much as $14.3 million to support the development of biofuels from algae, as crude oil for April delivery rose to $107.83 on the New York Mercantile Exchange, its highest settlement price since May.

“We could replace up to 17 percent of the oil we import for transportation with this fuel that we can grow right here in the United States,” Obama said in Miami during a speech on energy policy.

Now let’s see what the PM Network article has to say about the progress of algae as a biofuel (emphasis mine):

When Oil prices skyrocketed to a record-breaking US$100 per barrel in 2008, researchers and government agencies responded with a new breed of algae biofuel projects.  Fast forward to 2013, and many of these pilot projects, which showed promise on a small scale, are struggling to scale up to levels required for industrial production.

But in May 2013, Exxon announced it was refocusing the project on genetic modification, because existing algae strains did not produce enough oil to reach scalability targets.  Exxon Mobile chairman and CEO Rex Tillerson told Bloomberg the venture was at least 25 years away from creating an algae-based motor fuel.

“The hurdle seems to exist at the basic science level, which means it’s even more difficult to solve,” he said.

But that won’t stop the science deniers in the Obama administration!  In August of this year, the US Department of Energy announced a new round of algae research funding to the tune of $16.5 million.

Remember stories like this the next time a budget debate comes up and we’re looking for government pork to cut.  This sort of thing gets lost in the weeds when Democrats start talking about the rich paying their fair share and they start priming the pump of the class warfare meme.  $16.5 million is not much when compared to the $3.5 trillion we will spend in 2013 but this can’t be the only wasteful spending in our entire Federal Government.

Please, someone, make it stop!