Standardized Tests Have Gone Too Far

Much has changed in the our education system since I attended high school in the mid 80’s and one of the biggest is the number of standardized tests students are required to take.

“High school students in the U.S. take lots of standardized tests. There are state tests, new Common Core-aligned field tests, and an alphabet soup of others like the PISA (Program for International Student Assessment) and NAEP (National Assessment of Educational Progress) exams, the SAT, ACT, AP and IB.”

Before I get to my point of this post, don’t misunderstand me. Our educators need to be held accountable and we need to improve how we educate our children (parents are included in this too….) and if you want to improve something then you have to have a metric that you can use to measure your success or failure.

So using standardized tests or some other method to measure how well our schools are educating our children is a good thing. But I think we’ve gone too far.

I am a parent of a 7th grader and a 3rd grader and already I’m seeing the stress and strain these batteries of standardized tests are taking on the students. The funding that schools receive is dependent in part on how well the students do on these tests so I get it that this is a stressful time for the teachers. But I can see the stress on my kids also during the week they take these tests so it’s obvious the teachers are transferring their stress to the kids. The kids are having it beat into them that they NEED to do well on these tests.

Parents share in the stress too. We receive memos the week prior to the standardized testing making sure the parents get their kids to bed early, feed them a good breakfast and other tips to ensure the kids are performing at the top of their game. Homework is reduced or suspended the weeks prior to the testing and it’s apparent that the teachers use this time ‘coaching’ the kids so they perform well on the tests.

I can’t help but wonder if we’re missing something here.

Back in the 1940’s we had a generation of American high school kids who were educated without having to take a series of state and federal standardized tests but yet those kids grew up and did something pretty amazing in the 1960’s. 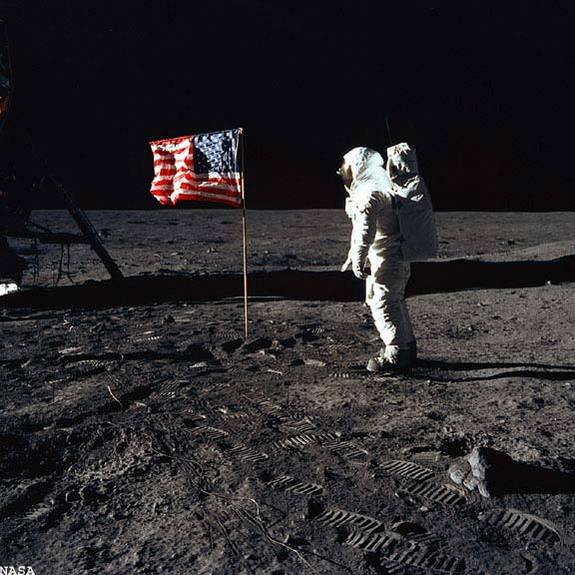 These kids managed to put men on the moon and the computing power they had at their disposal was less than what we have on our smart phones and the calculations they were performing were done using a slide rule.

But you might say – Come on Cosmoscon, the world has changed in the past 70 years and it is more technologically advanced so we require a more robust education system now. The technological challenges our kids face today are orders of magnitude greater than what the kids faced when they graduated from high school in the 1940’s. The task of educating our kids is harder today than it was in the past and we need these standardized tests to measure our performance.

The laws of physics are not tougher now than they were in the 1960’s. Gravity still works the same way. Escape velocity equations are still the same. The distance from the Earth to the Moon is basically the same. Orbital mechanics still work the same today as they did back then. Calculus hasn’t changed in the last 70 years. Maxwell’s equations are as valid today as they were in the 1960’s.

All the sophisticated tools that modern society has provided us with should have made the task of educating our kids easier. Kids of the 1940’s didn’t have the internet and they couldn’t use Google to do their research. There were things called a “card catalog” and “Dewey Decimal System” at the public library that took forever to find what you were looking for. Classrooms didn’t have fancy Promethean boards that could broadcast fancy PowerPoint presentations. Remember the messy chalk boards?

How was it that a generation of adults received such a stellar childhood education without taking state standardized tests?

Why were we able to educate our children 70 years ago without having standardized tests but today we can’t?

I don’t know the answer but I think it’s a question worth exploring.

This entry was posted in education. Bookmark the permalink.

10 Responses to Standardized Tests Have Gone Too Far