My Advice For The USA Ryder Cup Team In 2016 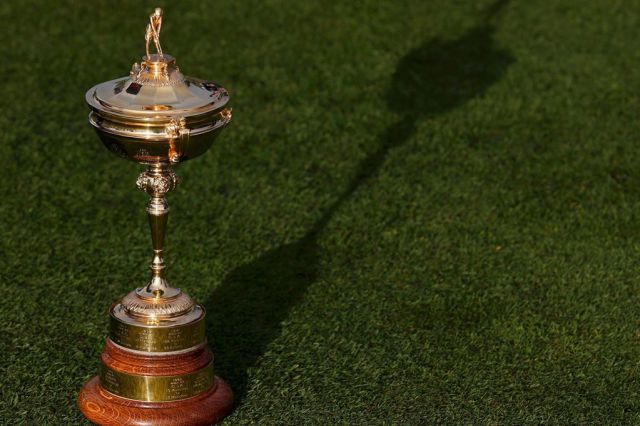 Golf is an individual sport and rarely do the professionals get to participate in a team competition so it’s not surprising that these guys struggle when thrust into this foreign scenario. But I think the lack of teamwork on the US side was the reason we lost the Ryder Cup again.

Before I back this up with data, let’s talk about the three formats that are used in the Ryder Cup.

One golfer from each side pairs off and compete in match play competition. While the coach for each side stays in contact with all the players on the course keeping them up on the current situation so the player knows the stakes of his match, this part of the Ryder Cup isn’t much different than what the professionals do week in and week out on the PGA tour. Yea, it’s Match Play instead of Stroke Play but there are events on the Tour that follow this format so this isn’t outside the comfort zone of a PGA tour player. Not much teamwork involved here.

Each side has a two man team that competes against the other side’s two man team in match play competition and all four players play their own ball until they hole out. Each side takes the best score of the two and that is compared with the other side’s best score to determine who won the hole. It’s true that there is a little bit of team work involved here (For example – if your partner is safely on the green then you can be a little more aggressive with your approach shot, you can get assistance reading greens, etc.) but for the most part these guys are playing a game that isn’t much different than what they do every Thursday – Sunday on the PGA Tour. Again, not a ton of teamwork involved here other than pumping each other up or talking them down from the ledge (not to minimize this of course).

Like Fourball, each side has a two man team that competes against the other side’s two man team in match play competition but this time each side follows an alternate shot format (player A tees off, player B hits the 2nd shot and so on until they hole out). This format is way outside the comfort zone of the typical PGA professional because they rarely play this way except for a chosen 12 every two years in the Ryder Cup. This is the area where we stumbled in 2014 and that failure shows the lack of teamwork on our side.

Here are the Team USA results for the 2014 Ryder Cup (Win-Loss-Halved) and I think you can see what I’m talking about.

Amateur golfers play on teams in local tournaments all the time whether it’s Captains’ Choice/Scramble format or the multitude of variations on that concept (i.e. Modified Pinehurst, Dog Fight, modified Stableford, etc.). Most of the local club tournaments require partners and that is why even a lowly 14 handicapper like myself can watch this year’s Ryder Cup and easily determine the one area that our professionals need to improve on in 2016.

I’ve played in alternate shot formats and it is the most difficult for me to compete in. There is an immense amount of pressure knowing that the result of my next golf shot will be what my partner has to hit next.

All kinds of thoughts run through my mind.

Don’t put it in the rough.

Don’t hit it fat and put the ball in the water.

It is one of the most pressure packed formats for me because I have a strong desire to help my team mate out and I can easily let that pressure overwhelm me.

Not to mention the fact that team work is hyper critical in this format. You have to break the tendencies you’ve followed for most all of your golf life in which you hit your shots to play into your own strengths.  In an alternate shot format you must know your partner’s golf game and hit your shots to set them up to favor their strengths – not your own.

I’m sure the pros are no different than us lowly amateurs in that regard and that’s why I am suggesting that whoever coaches the team in 2016 put an extra emphasis on this aspect of the Ryder Cup.

This entry was posted in sports. Bookmark the permalink.