I hope Rubio wins but I think Trump has too many supporters here to close the gap.

Here are my predictions:

Rubio is the only guy who is correcting the false narratives of the Left.

The Left, for far too long, has characterized Conservatives/Republicans as the party of the rich.  In actuality, Conservatives, with their insistence for a Free Market Economy, are the party of the poor and middle class.  In the entire history of mankind, Free Markets Capitalism has been the only economic system to ever allow people to increase their wealth and only the Republicans are promoting that system in this election.

And in case you are in doubt of this, we have 7 years of an Obama presidency to prove that Liberal policies increase income inequality.

Marco Rubio does a great job of explaining this in they shot video I shot at a town hall in Anderson, SC.

The big guns in South Carolina came out for Rubio and that shoud be enough to give him a boost for a strong 2nd place finish. 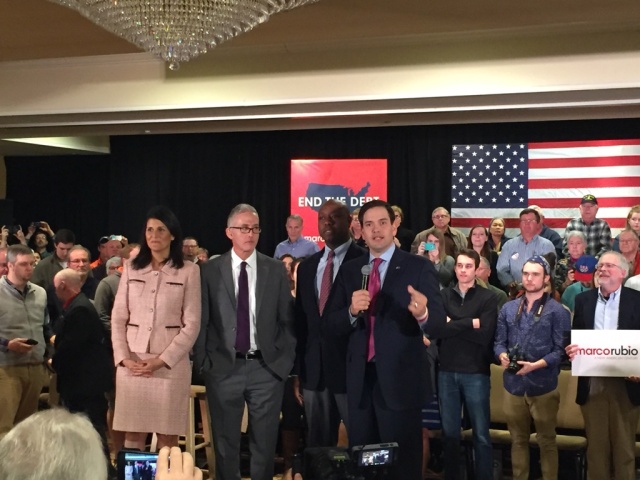 Let’s hope the rest of my Palmetto State brothers and sister realize this and vote overwhelmingly for Rubio.