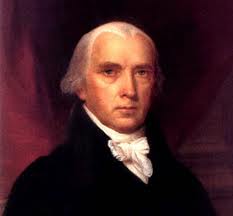 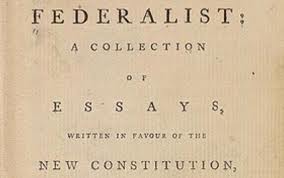 In Ecclesiastes chapter 1, verse 9 it is written:

“What has been will be again, what has been done will be done again; There is nothing new under the sun. “

That bible verse came back to me when I recently read the Federalist Paper #10.  This paper, written by James Madison in 1787, discusses how the Union is a safeguard against domestic factions and insurrections and I’ll show how the wisdom put forth to pen and paper over 200 years ago still has value today.

Removing a faction can only be done by two methods: removing Liberty (taking a totalitarian stance to remove a peoples’ right to voice their opinion) or having everyone accept the faction thereby making the faction point of view the majority point of view.  In a free society it is impossible to remove Liberty so this method should be dismissed and even in countries that don’t have Liberty, this method of removing factions has shown throughout history to be ineffective.  People, by nature, gravitate to freedom and eventually the totalitarian methods will fail to suppress the free thinkers.  Likewise, having a large, free country becoming devoid of differing opinions is impossible because of our human nature.  Differing opinions is the norm in a free society so it is foolish to think all of the citizens will be of like minds on all issues.  From the Federalist Paper:

“The second expedient is as impracticable as the first would be unwise. As long as the reason of man continues fallible, and he is at liberty to exercise it, different opinions will be formed. As long as the connection subsists between his reason and his self-love, his opinions and his passions will have a reciprocal influence on each other; and the former will be objects to which the latter will attach themselves. The diversity in the faculties of men, from which the rights of property originate, is not less an insuperable obstacle to a uniformity of interests. The protection of these faculties is the first object of government. From the protection of different and unequal faculties of acquiring property, the possession of different degrees and kinds of property immediately results; and from the influence of these on the sentiments and views of the respective proprietors, ensues a division of the society into different interests and parties.”

If we can’t remove the faction, which is something we would not want to do in a free society, then the only other option is to control its effects and this is stated so well in the paper:

“The inference to which we are brought is, that the causes of faction cannot be removed, and that relief is only to be sought in the means of controlling its effects.”

Madison spends some time showing that a Republic is better equipped to handle factions that a direct Democracy and this is very important.  In a direct Democracy, it will be easy to get mired in the minutia because every faction will have to be heard and there will be too much noise to allow for reasoned debate and voting on the issues that really matter.  A Republic, where representatives of large areas make the laws, will filter out the noise and distill the minor factions out of the public debate because the representative will have a finite amount of time and will choose to focus on the issues that are important to the majority of the people they represent.  The Republic also elects what Madison calls “fit characters” that are reasoned and more appropriate to debate the issues than the entire populous of the country.  It is debatable if we have “fit characters” elected now but that is for another discussion.

Madison then describes how the Republic can control the effects of a faction (emphasis mine):

“By what means is this object attainable? Evidently by one of two only. Either the existence of the same passion or interest in a majority at the same time must be prevented, or the majority, having such coexistent passion or interest, must be rendered, by their number and local situation, unable to concert and carry into effect schemes of oppression. If the impulse and the opportunity be suffered to coincide, we well know that neither moral nor religious motives can be relied on as an adequate control. They are not found to be such on the injustice and violence of individuals, and lose their efficacy in proportion to the number combined together, that is, in proportion as their efficacy becomes needful. “

If the faction interests reside in the majority, then the representatives of the majority must be wise enough to suppress those notions for the betterment of the Union and this is a key point and something that is relevant today.  During the recent past, Republicans in Name Only (RINO’s) and Democrats have not prevented the dangerous interests of a majority which I characterize as relating to increased government spending and expanded entitlement programs.  Madison assumed that ‘fit characters’ would rise above the disastrous faction interests even when a majority of the country wanted them but this has not been the case in the past few decades.  A significant percentage of the population might like government handouts in exchange for not working but “fit characters” should’ve realized that fostering a Republic where 90% of federal income tax revenues go to pay for Social Security, Welfare, Medicare, Medicaid and Unemployment Insurance is dangerous to the Republic and should have rejected legislation that supports this scheme of oppression.

In America’s history, when such dangerous interests such as slavery or segregation were present in the a large percentage of the population, the “‘fit characters” didn’t do the right thing in passing legislation to prevent these atrocities.  In more recent times, the RINO’s and Democrats didn’t resist the interests of many Americans to move to a more socialistic lifestyle with increased government entitlements and passage of a socialized health care system called Obamacare.  With Slavery and Segregation, it took a while to get it right but in the end we eventually came to the correct position and it is my hope that the Republic will eventually get things right and reverse our socialistic tendencies by reducing entitlement programs, government over regulation and our national debt.  I still have faith in America and the rise of the Tea Party and electing candidates that resist these dangerous interests validates my faith that America will return to its Free Market roots.

Demands for more government handouts and increased entitlements are coming from a larger percentage of our population and I would call this a dangerous faction that is intent on fundamentally transforming our Union.  Occupy Wall Street, the fight in Wisconsin over the ‘right’ for employee public service unions to collective bargain and the Income inequality meme are all evidence of factions that seek to destroy the American way of life and put us on a path that Greece is on right now.  Madison is right that the Republic can only control these dangerous factions if the “fit characters” rise up to the calling of their office and pass legislation that negates these dangerous doctrines of the Left.

In closing, I leave you with the second to last paragraph from this Federalist Paper and this is why I say there is nothing new under the Sun (my emphasis in bold):

“The influence of factious leaders may kindle a flame within their particular States, but will be unable to spread a general conflagration through the other States. A religious sect may degenerate into a political faction in a part of the Confederacy; but the variety of sects dispersed over the entire face of it must secure the national councils against any danger from that source. A rage for paper money, for an abolition of debts, for an equal division of property, or for any other improper or wicked project, will be less apt to pervade the whole body of the Union than a particular member of it; in the same proportion as such a malady is more likely to taint a particular county or district, than an entire State.”

Let’s hope that “the whole body of the Union” rises up and stops this dangerous and ignorant transition from Capitalism to Socialism.