Even when we read about our vast cosmos or peer into binoculars/telescopes to glimpse distant nebulae or galaxies, it is still hard to fathom the true size of the Universe.

A wide field picture of a small part of our universe was published by the European Southern Observatory which attempts to define the vastness of the cosmos and the summary of this picture is given below:

“This view shows a section of the widest deep view of the sky ever taken using infrared light, with a total effective exposure time of 55 hours. It was created by combining more than 6000 individual images from the VISTA survey telescope at ESO’s Paranal Observatory in Chile. This picture shows a region of the sky known as the COSMOS field in the constellation of Sextans (The Sextant). More than 200 000 galaxies have been identified in this picture.“

The telescope was trained on this same area of the cosmos for 55 hours and detected photons from various galaxies that are impossible to see with our eyes when peering through a telescope.  The telescope also looked in wavelengths that our eyes can’t detect (Inrared light) and this additional detail further reveals just how congested our cosmos is when we look deep enough into it.

You can download the full file here (it’s 250 MB so be prepared for a little wait time) and the picture below shows what the wide field looks like when we zoom all the way out:

Once you download the full picture, you can then open it up in your favorite photo application and then start panning and zooming to your heart’s content.  Prepare to be wowed!

Here are a few of my zoomed in screen caps of the photo but since the field is so immense, don’t expect me to tell you how I got there! 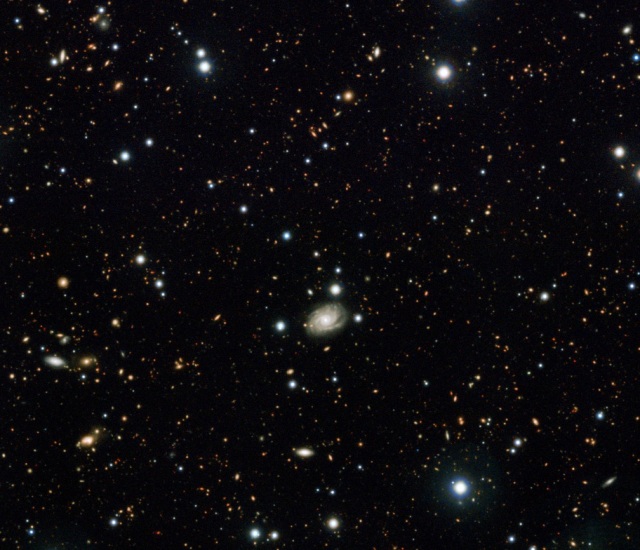 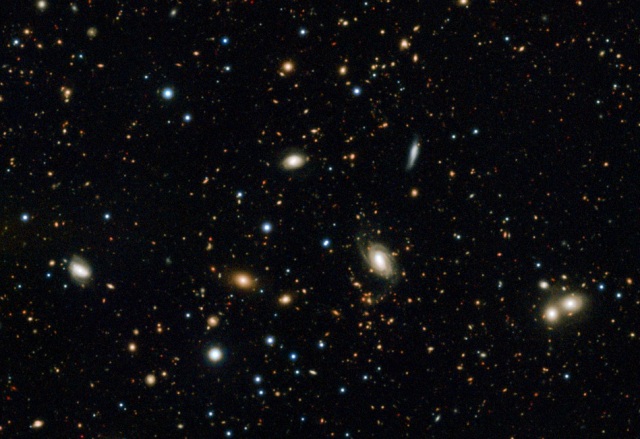 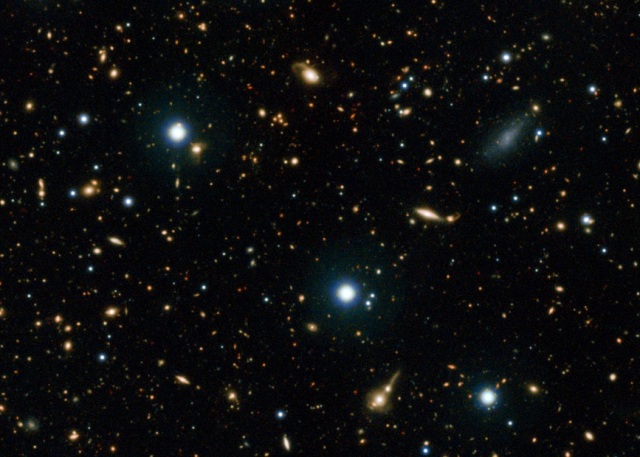 It is an incredibly humbling experience to view the cosmos and realize we are just a blue dot orbiting a minor star in the suburbs of an average galaxy in a cosmos comprised of millions or more likely billions of galaxies.  How many thousands or millions of stars have planets in the habitable zone that have life forms going outside to peer into the depths of space and looking at our galaxy and wondering if there is anyone else out there?

2 Responses to Our Very Large Universe