Math Is Hard For Leftists

There was an article in Investor’s Business Daily (IBD) that makes the claim that Obama will preside over the largest decreases in Federal budget deficits as a percentage of GDP.  Here is the graph from the article. 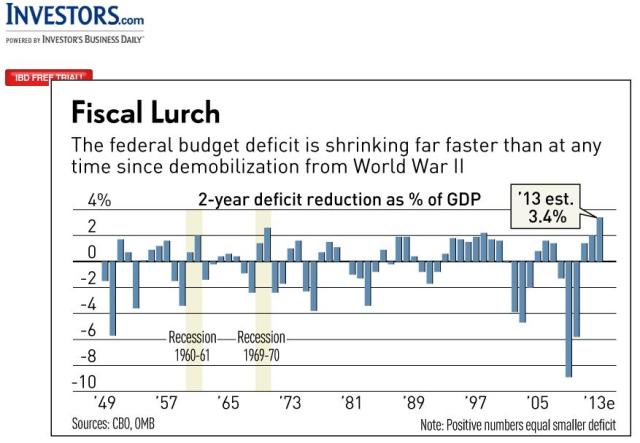 For those who gobble up Leftist propaganda without diving deeper (i.e. low information voters), this graph proves (yes proves!!!) that Obama is a very austere President.  I’ve already proved that he isn’t (here, here and here) but I’ll go through this exercise one more time and present this same data in another way.

Using this site, here is a graph of Federal spending as a percentage of GDP. 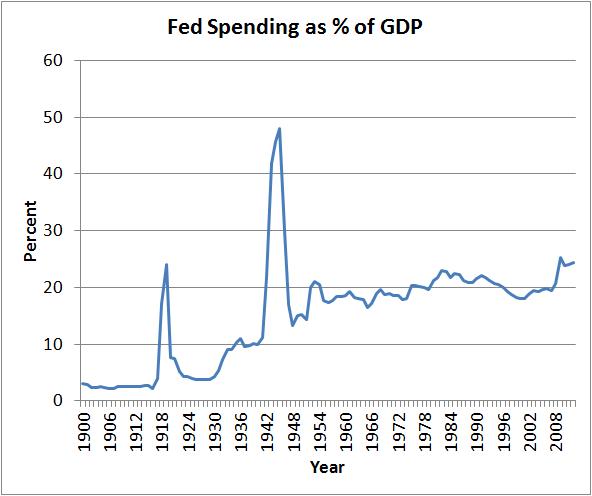 See that increase on the far right?  That happened during the Obama administration and it’s the highest we’ve seen since WWII.  This is Federal spending normalized to GDP so this is a fair metric to compare to previous Presidents.

Using this site, I now will look at just the Federal deficit as a percentage of GDP (which the IBD article focuses on). 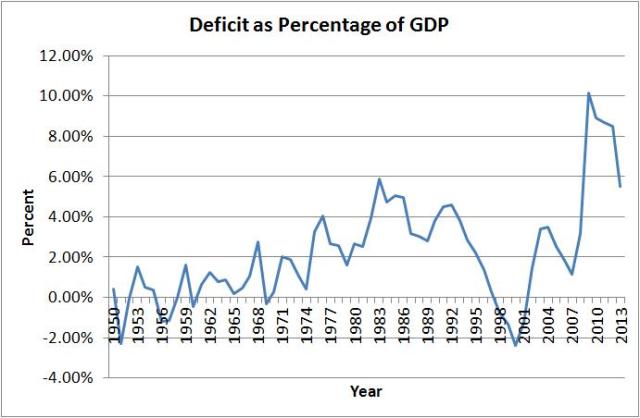 That last nosedive at the far right is the ‘estimated’ spending for 2013 and sure enough that is a significant decrease.  But when you’ve run record Federal deficits for 4 years and your economic policies have produces (at best) a sluggish ‘recovery’ then any small cuts in spending will have a big percentage decrease from previous years.  This is especially true when you are dividing those deficit amounts by an anemic GDP number.

Is someone really trying to make the case that running Federal deficit to GDP ratios of 5.5% is something to be happy about?  Reducing Federal deficit to GDP ratios from 8-10% to 5.5% (which is still the highest in recent history) is not worthy of praise.  If my kids get D’s on their report cards but bring them up to C’s the next quarter, my wife and I will not reward them with a trip to Disney World.

Math is really hard for Leftists and the Low Information Voters.

3 Responses to Math Is Hard For Leftists