Understatement of the Year

I received a letter from Honda stating that my 2003 Odyssey needs to have its SRS electronic control unit repaired because there is a possibility that the air bag will deploy in a non-crash scenario.  A portion of the letter is shown below and the highlighted sentence is what I’d call a gross understatement! 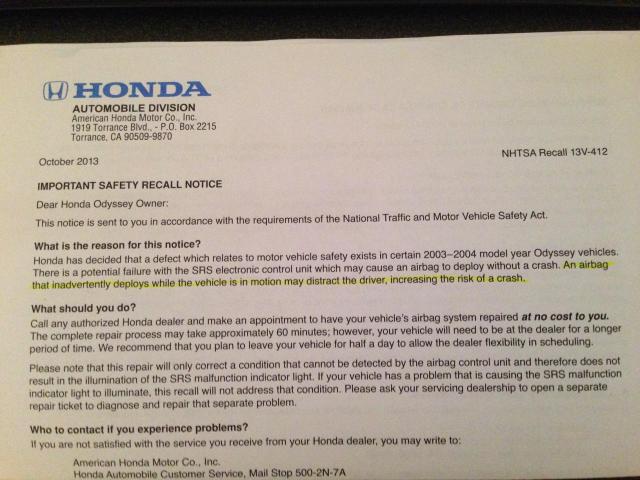 “An airbag that inadvertently deploys while the vehicle is in motion may distract the driver, increasing the risk of a crash.”

Yea, it would be a little distracting if my airbag deploys while I’m driving 65 mph on the interstate.

I’ll be taking my van into the Honda dealer soon!

This entry was posted in Uncategorized. Bookmark the permalink.

2 Responses to Understatement of the Year