NPR ran a story today detailing how the recent harsh winter has dealt a series of body blows to the infrastructure of many US cities and Chicago in particular.

“Most water pipes in Chicago are buried 5 feet deep, which is usually below the frost line, but record-cold temperatures caused the ground to freeze much deeper than normal.”

“Tom Powers, a Chicago Department of Water Management commissioner, says the biggest problem is that the cold weather “has not let up.”

“That’s led to more frozen water services than any other winter in recent memory, Powers says. “In 2013, we had roughly at this time, round numbers, about a thousand calls. This year it’s over 5,200.”

Everyone knows this winter has been very cold and snowy but remember it was just 14 years ago when the Anthropogenic Global Warming (AGW) cult was making predictions like this (emphasis mine):

“Global warming, the heating of the atmosphere by increased amounts of industrial gases, is now accepted as a reality by the international community. Average temperatures in Britain were nearly 0.6°C higher in the Nineties than in 1960-90, and it is estimated that they will increase by 0.2C every decade over the coming century. Eight of the 10 hottest years on record occurred in the Nineties.”

“However, the warming is so far manifesting itself more in winters which are less cold than in much hotter summers. According to Dr David Viner, a senior research scientist at the climatic research unit (CRU) of the University of East Anglia, within a few years winter snowfall will become “a very rare and exciting event”.

Wow, that prediction proved pretty silly and with all this evidence in the NPR story surely they’ve backed off their full support of the AGW lies.  Nope:

“Herrmann and others say this is a critical time to make greater investments in infrastructure, because climate change will likely bring more extreme weather and more violent storms.”

Ahhh, I see the AGW cult has changed their story.  It was several years ago when the AGW cult changed their phrasing from ‘global warming’ to ‘climate change’ and now instead of predicting warmer winters (which obviously aren’t happening) they are now saying ‘extreme weather’ is what we can expect with higher atmospheric CO2 levels.

This new wordsmithing might be acceptable to an NPR reporter who is part of the reason why this AGW lie persists, but that ‘extreme weather’ argument fails miserably when you look at the actual science and data  here, here and here.

This is why I compare AGW theory proponents to cult members.  It takes a special kind of ignorance to still believe in this lie when all the evidence of the past 17 years discredits the main tenants of the AGW cult theology. 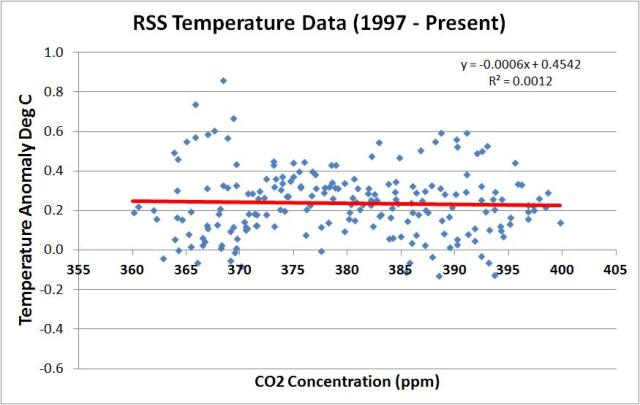