There is a post on the Leftist blog Crooks and Liars that gives new meaning to the website’s title.

The post provides charts that will supposedly show your “Right-Wing brother” just how wrong he is about his claims that Obama increased government spending and the deficit.

Here are the two charts I’d like to debunk: 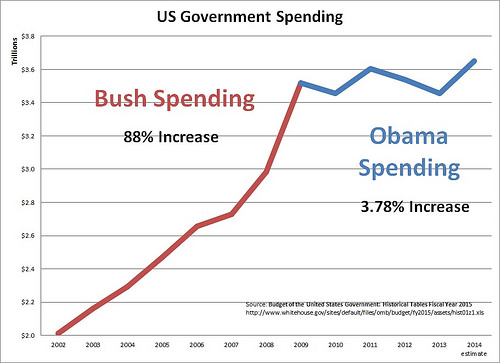 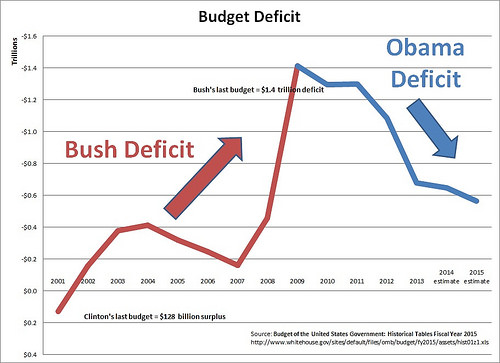 Wow, it looks like Obama is a very austere POTUS and all these claims about increased government spending and deficits are just hogwash.

But the author performs a simple trick to make his case – He takes all the government spending in 2009 and attributes it to Bush.

It’s true, the Federal government spending in 2009 was set in 2008 but the author forgets about a little item in early 2009 that didn’t have anything to do with Bush – The 2009 Stimulus.

The 2009 Stimulus added $787 billion to the government outlays and that cannot be attributed to Bush but instead to Obama and the Democrat controlled Congress who passed it. (And as a sidebar, you can go here to see how the 2009 Stimulus was a colossal failure.)

I used the link provided in the Crooks and Liars post (here) to obtain the data for myself and here are the two graphs with the correct assignment for the 2009 spending. 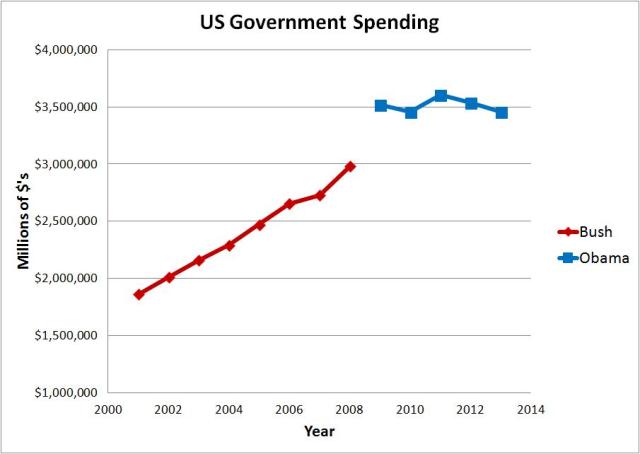 And these graphs look even worse when you take government spending and budget deficit and normalize them to GDP (from the link here): 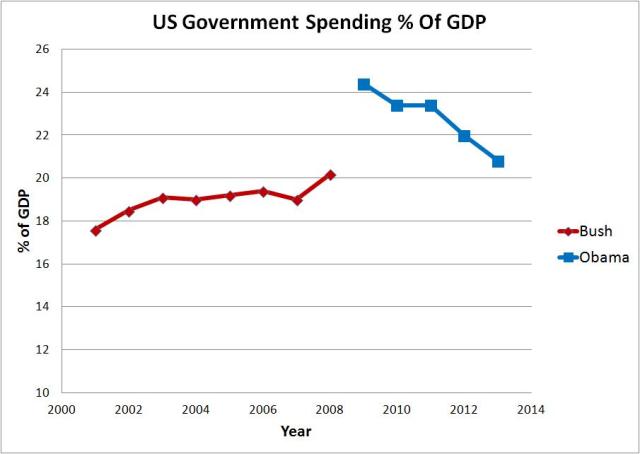 So Obama and the Dems increased Federal Government spending from 20% of GDP to 24% of GDP and we’re supposed to be happy that it’s come down to 21% in 2013. This fact apparently makes Obama a very austere POTUS in the math challenged minds of the Left!

Crooks and Liars….Yep, that is a great name for that website.

3 Responses to Math Is Hard For Leftists – Part 1 Million