Snow Is A Thing Of The Past

NPR had a ground breaking story about whether snow was dangerous to eat or not (sarcasm) but the Leftist censors couldn’t allow a story about snow to end without giving the standard AGW cult talking points in the last paragraph:

“Researchers are generally less concerned about what’s in the snow than the fact that climate change may be causing it to rapidly disappear, especially in western regions of the U.S. “Enjoy it now, because there’s a whole lot less of it,” says Anne Nolin, a hydroclimatologist at Oregon State University.”

So snow will be a thing of the past? Someone forgot to tell Mother Nature about this because: 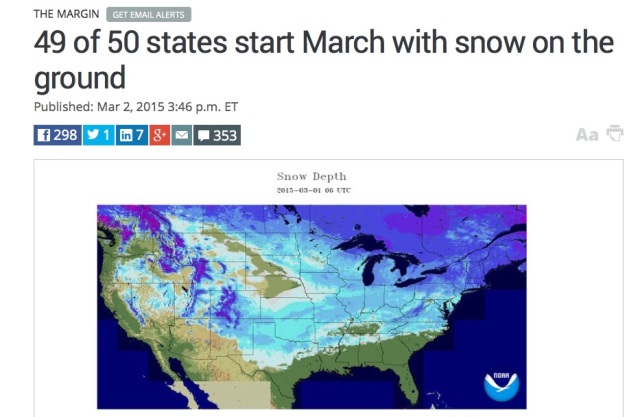