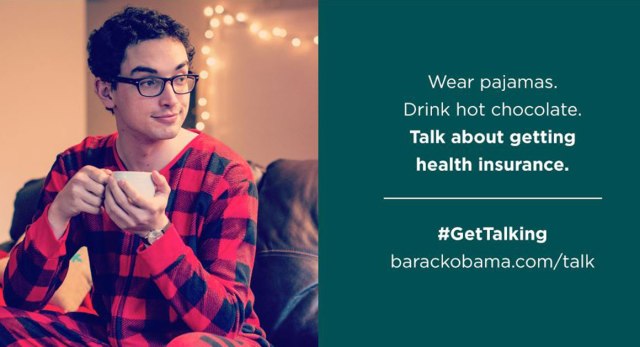 It appears that those pajama boys and Obamanation supporters, otherwise known as Millennials, are struggling to take advantage of the free goodies offered by Obamacare.

Young adults, who generally have little experience managing their own health care expenses, are finding it especially hard signing up for insurance under the Affordable Care Act, according to a study published Tuesday in the Journal of Adolescent Health.

Researchers at the University of Pennsylvania wanted to see how well young people would fare navigating through HealthCare.gov. So they rounded up about 30 young adults, aged 19 through 30, who were interested in enrolling for insurance. They were all college-educated, and based in Philadelphia.

The researchers sat them in front of computers and observed as they navigated through the online enrollment process. “We asked them to think out loud, so we could really capture their experience,” says Charlene Wong, a pediatrician at the University of Pennsylvania who lead the study.

Wong and her colleagues interviewed the participants right after they completed their enrollment and again a month later.

“Many of them said, ‘You know, I’ve never tried to do this before and it feels a little bit overwhelming because there’s so many different options,’ ” Wong says.

Half of the participants couldn’t define “deductible,” and three quarters couldn’t explain “coinsurance.”

Plus most of them were unaware of subsidies for insurance, and they didn’t have an idea of how much insurance plans generally cost. Most thought that an affordable plan cost less than $100 a month — but the cheapest plan in Philadelphia cost $187 monthly, without tax credits.

The study involved college-educated, tech-savvy young people, Wong points out. “Considering that, we were really surprised at just how much they didn’t know.”

These wide-eyed youngsters who gleefully voted for Obama and supported Obamacare are now realizing that the promised rainbows and unicorns actually come at a cost!

I don’t know if this is more an indictment on the failure of our education system or just the fact that each new generation of Americans feels more entitled than the next. Either way, we’re in for a world of hurt as these folks grow up and become the next leaders of this country.

Sorry, but not sorry. You dupes asked for this and now you are getting everything you deserve.

This entry was posted in healthcare, npr. Bookmark the permalink.