I was looking at Welfare spending as a percent of GDP from the following site and wondered if this data were somehow correlated with US poverty rate from this site.  The results were startling!  Starting in the early 70’s, Welfare spending and Poverty rates rise and fall in lock step.  A picture (or graph in this case) is really worth a thousand words.  Poverty rate percentages are on the left Y-axis and Welfare as percent of GDP are on the right axis.

You’ll recall that President Johnson declared a war on poverty and launched his “Great Society” programs in the late 60’s and early 70’s.  Mission Accomplished?  I don’t think so. 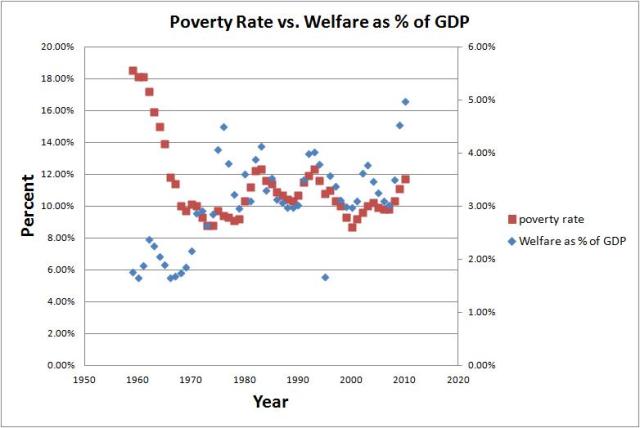