Natural Born Conservative (@LarryMWalkerJR) has a great post explaining the economics of austerity and what effects Federal tax rates and Federal spending have on GDP and Debt. 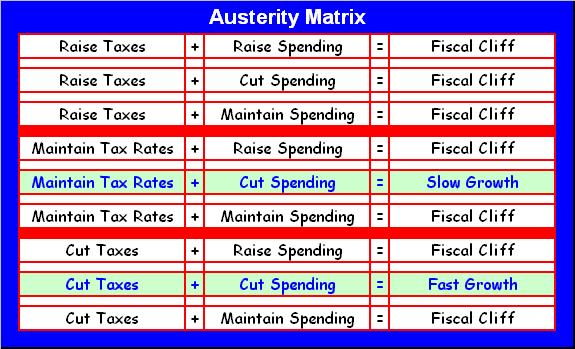 Following the Austerity Matrix, it turns out that:

It really is that simple and let’s hope enough American voters understand this on November 6th.