It’s been a rotten year for Government Motors and I’m pretty sure it’s now not just conservatives that are questioning the bailing out of this failure of a company. Especially since a new report shows a “history of failures” at GM and lawyers are starting to smell blood in the water.

At the risk of pouring salt in this gaping wound, let’s see how sales are doing for the Chevy Volt – the car that was heavily promoted by the Obama administration after the Federal Government bailed GM out.

Not so good when you compare Volt sales with its chief Electric Vehicle (EV) rival the Nissan Leaf. 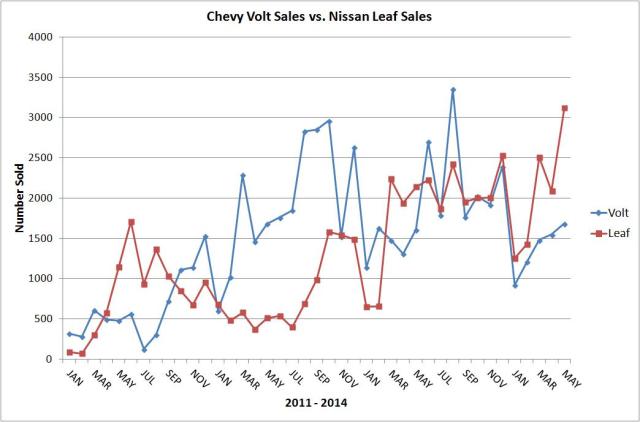 And these poor sales numbers for the Volt can’t be blamed on an overall downtrend in US auto sales. US Auto sales have been on a steady increase since early 2013 but Chevy Volt sales have been going in the opposite direction during that same time period. 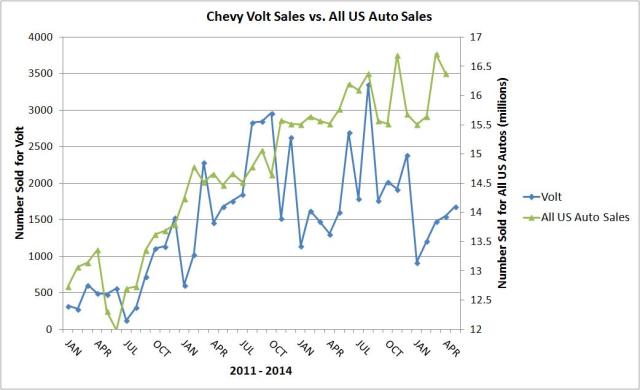 We can also see that the plummeting sales numbers for the Chevy Volt aren’t because people are moving away from EV’s. Nissan Leaf sales have followed the trend of overall US Auto sales and increased at a similar rate. 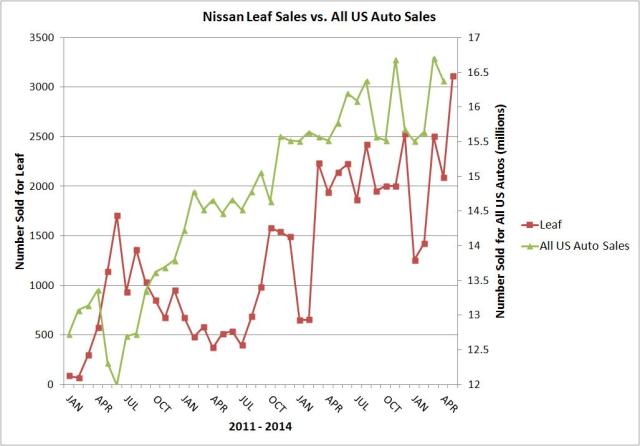 The recent GM recalls and the pitiful sales numbers for the Chevy Volt provide yet another example how the Federal Government does a lousy job of picking winners and losers.

There is only one entity that has the power to pick winners/losers and dictate what products and services companies provide and that is the Free Market. Any attempt to usurp that all powerful force is always met with complete failure.