The Ignorance of OWS 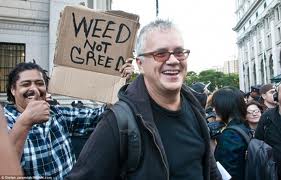 There is a story from NPR today that is mostly really good and since it is about a small college in Kentucky, my home state, I really enjoyed it.  Well, I mostly enjoyed it.  I’ll get to that in a minute.

Berea College is located in the Eastern part of the state at the beginning of the Appalachian mountain area which contains not only some of the poorest people in the state but also in the country.  There are places in Eastern Kentucky where, if you were blindfolded and dropped into the area, you’d think you were in a third world.  I was born in the western part of the state and graduated from college in Louisville so I was fairly insulated from this but I was fortunate.

The NPR story is a good one in that it tells about the mission of Berea College and how it is helping kids, who couldn’t afford college, obtain their bachelors degree without having to pay tuition.  How do they do it?  Here is a copy of the college’s goals 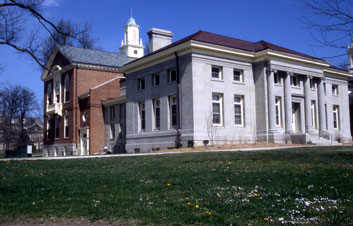 So they can ‘give away’ tuition to roughly 1,500 students each year basically through a work/study program and a huge endowment that currently is valued at approximately $950 million.  Yes, you read that right.  This huge sum comes from individuals, foundations, corporations and organizations that want to support the schools mission and when measured on a per student basis, this college has one of the largest endowments in America.  I have no problem with that though, what better way to invest in our country than through education.

Oh, and according to the Washington Monthly, Berea College is the #1 ranked Liberal Arts College in the United States!

So the net take away from this story is that kids whose family makes less than $25,000/year can have a free four year education (valued at $25,000/year) in the hopes that, when they graduate, they can improve their social and economic well being and maybe that of their family as well.

What’s not to like about this story?  There were two small sections of the NPR story that jumped out and made me cringe.

Here is the first:

In October, about 40 Berea students rode a bus to New York City for the Occupy Wall Street rallies.

There are 40 students that, while getting a free, first class education provided to them by donations from corporations, chose to drive to NYC to protest corporations.  Talk about biting the hand that feeds you!  You’d think that if any college students understood the value that corporations (and to a larger extent Capitalism) provide, it’d be the students at Berea College.

Now this is only 40 students and that is a small percentage of the total enrollment so I’m hoping this is just the fringe.  I don’t want to be guilty of painting the whole campus with the same broad brush so I’m telling myself that the rest of campus isn’t this stupid.

Now the other part of the story that I didn’t like:

And Sam Gleaves, a Berea sophomore, knows he is going home to Wytheville, Va., with his guitar and banjo. He’s an Appalachian Studies major. He wants to teach music at home and to help organize.

Now don’t get me wrong, when a kid goes to college it is his prerogative what he chooses as his major but since it is his decision, he must live with the consequences.  Looking at the majors offered at Berea, there are some real heavy weights in there which would lead to very well paying jobs.  Biology, Chemistry, Mathematics, Physics, Political Science, Sociology, Economics, Nursing and Technology/Industrial Arts are just to name a few.  If you are getting a free education and you see the poverty that is all around you, surely you would want to choose a major that would allow you to make a decent living so that you can not only help yourself but others in your family.

Now it could be that this young man isn’t interested in the money and chose that major to help those in this poverty stricken area in another way and if that is the case, then I salute the young man and wish him all the best.

UPDATE: Based on comments left after the post was published it appears I was in error that Mr. Gleaves might have attended OWS (I never said he did but my words could be interpreted that he did).  I removed those comments from this post and apologize to readers and most importantly to Mr. Gleaves for leaving the impression that he did.

23 Responses to The Ignorance of OWS