There was a recent article in the Washington post that compared the Romney tax plan to the Obama tax plan and while the article was written to show how Obama’s plan is better from a Liberal worldview (punishing the successful with higher taxes), the graph on this post actually shows how the Romney plan helps the middle class.

Here is the graph showing how tax rates for each income demographic will change under each plan. 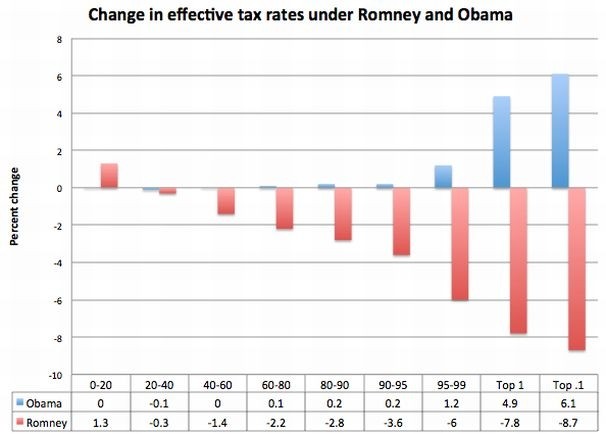 Under Romney’s tax plan, notice that all Americans who comprise the ‘middle class’ (those who comprise 20% to 80% of income in the US) will see a tax rate reduction but Obama’s plan doesn’t help that demographic.  Obama’s plan only serves to raise taxes on the top 10% of Americans and does nothing for the middle class.