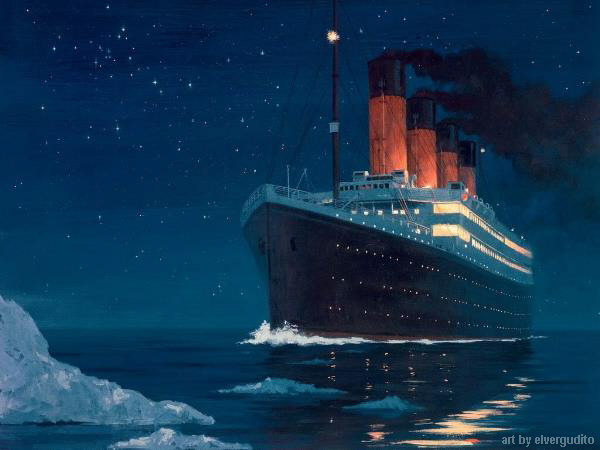 Businesses fail every day for a variety of reasons but if you want to guarantee the destruction of a business, the quickest way to do it is through its culture.   Establish a culture that:  forbids opinions outside the status quo, eliminates conflict, promotes a culture of ‘going along to get along’ and rewards complacency.  If you can successfully instill that culture in your organization then its days are numbered and the end will be swift and painful.

A nation is no different than a business and the quickest way to destroy a country is not from an outside invasion but from the inside (i.e. its culture).  We are seeing this death spiral playing out in the United States and unless we act swiftly, we will see the destruction of the US in our lifetime.

Conservatives seemed to have adopted that culture of complacency during the Bush 43 years and we saw what that produced – Democratic control of the House of Representatives and Senate in 2007, A lame presidential candidate in 2008 (John McCain) and a Hopey-Changey Obama swept into power.

The Conservative movement had an awakening in 2009 which caused a minor change in Legislative control in 2010 and while this caused the Leftist agenda to down shift, it hardly put the brakes on this destructive course and we definitely didn’t turn the corner.  The fact that Obama is still polling with numbers suggesting he can win a second term shows that the minor victories in 2009 (and the Wisconsin Union smack down) didn’t change enough people’s beliefs on the direction that US domestic policy needs to move.

After first hearing of the SCOTUS decision affirming Obamacare on the basis that Congress can levy taxes, it might appear that all the momentum that Conservatives thought we had was cut off at the knees but I contend that this is just the catalyst we needed to rejuvenate the Conservative movement.

While it should have been the job of the SCOTUS to rule against the Federal Government forcing citizens to buy a product, they chose another route that might provide an even stronger motivation for the US voters to unseat Obama and move the Senate under Republican control.  Here are the important words from Chief Justice Roberts who wrote the majority opinion:

“We do not consider whether the Act embodies sound policies. That judgment is entrusted to the Nation’s elected leaders.”

“Members of this Court are vested with the authority to interpret the law; we possess neither the expertise nor the prerogative to make policy judgments. Those decisions are entrusted to our Nation’s elected leaders, who can be thrown out of office if the people disagree with them. It is not our job to protect the people from the consequences of their political choices.”

This verbiage from Chief Justice Roberts was a backhanded compliment to the Obama regime – Yes, he viewed Obamacare as constitutional but only because the individual mandate is a tax and Congress has to power to levy taxes.  Roberts was telling the American people that elections have consequences!  If we are complacent and elect people who want to move our country to Euro style socialism then we shouldn’t look to 9 people to reverse that path.  I agree with that logic, to some extent, because the representatives that a Republic elects should not be overturned by 9 people unless those laws violate the constitution.  It’s arguable whether the individual mandate violates the constitution but we elected these people to enact this socialistic law so we shouldn’t look to SCOTUS to fix our collective stupidity.

“Yes, Obama and the Democrats are entitled to a bit of a victory lap today, after Chief Justice Roberts searched deeply within his political self and found a path to uphold ObamaCare. Sure, the individual mandate was unconstitutional on the two arguments made by the Obama Administration. But on the argument they expressly didn’t make–that the mandate was really a tax–the Court decided that Congress was well within its power to enact the provision. So it’s still the law of the land. But today’s ruling will probably go down in history as the most effective GOP voter turnout operation ever. There is only one way to repeal ObamaCare, and that is through the ballot box. It will happen.”

Conservatives, the situation is not hopeless.  We are in a war, not a battle.  We can’t assume the nation’s course will be corrected based on one election cycle.  We still have the power to fix our problems and return this nation back to its founding principles but it will require every conservative fighting with any weapons they have (twitter, facebook, blogs, water cooler conversations, organizing protests, etc.) and we will need to fight this war for many years, if not decades.  The time to remain complacent is over and we must not be afraid to offend.