Over the coming months, the largest planet in our solar system, Jupiter, will be in prime time viewing position and you should go outside and brave the cold nights to see this beautiful planet.  Even if you don’t have a telescope, binoculars will reveal some of the planet’s detail and will allow you to see the four major moons of Jupiter – Io, Europa, Ganymede and Callisto – as long as they aren’t positioned behind the gas giant.

You can go to Sky and Telescope’s weekly viewing guide to help you find Jupiter in the night sky and you can even use their website to determine the locations of Jupiter’s moons and the famous Red Spot (Sky and Telescope will require you to register but it’s free and well worth it).

Right now, Jupiter is inside Taurus, almost in the middle of the extended “V” and the picture is shown below (which was obtained by taking a screen capture from the Star Seek Pro iPad app). 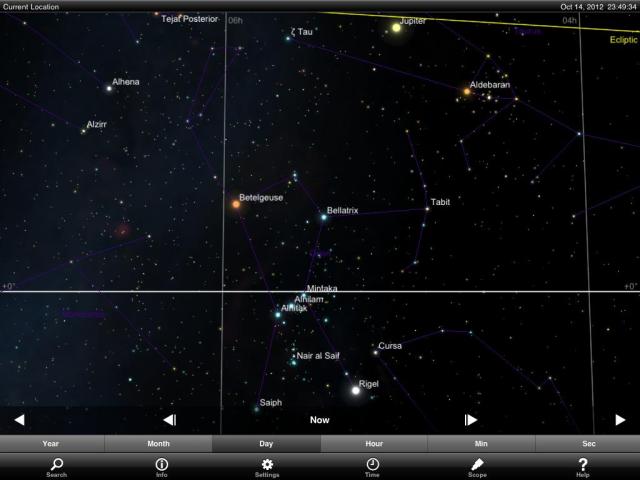 Here is where Jupiter will be located in December and you can see it is moving out of the “V” of Taurus:

My favorite planet to view is Saturn due to its spectacular rings but Jupiter, because of its size and closer proximity, offers better details in both binoculars and telescopes.  Below are some photos of Jupiter I’ve taken through my telescope and I hope this whets your appetite to go outside this winter and look up!

Note: These photographs are taken from my Newtonian reflector telescope that doesn’t have drive tracking so the photos are poorer quality than you’ll see with your eyes because I had to hold the camera with a steady hand and the telescope didn’t track the rotation of the Earth so I couldn’t use long exposures.

I’ll show a picture of my telescope first and then a few of the better pictures I’ve taken of Jupiter. 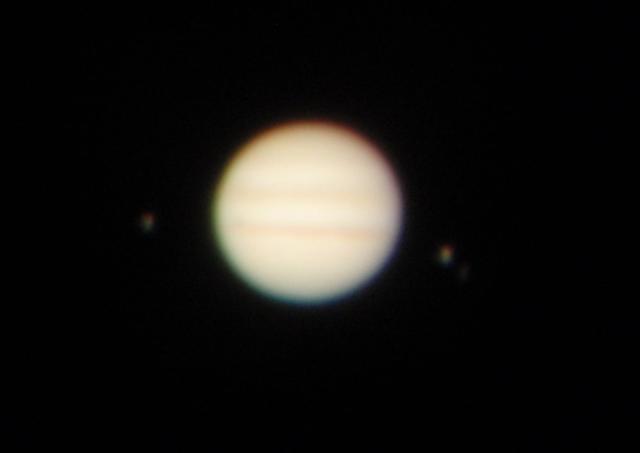 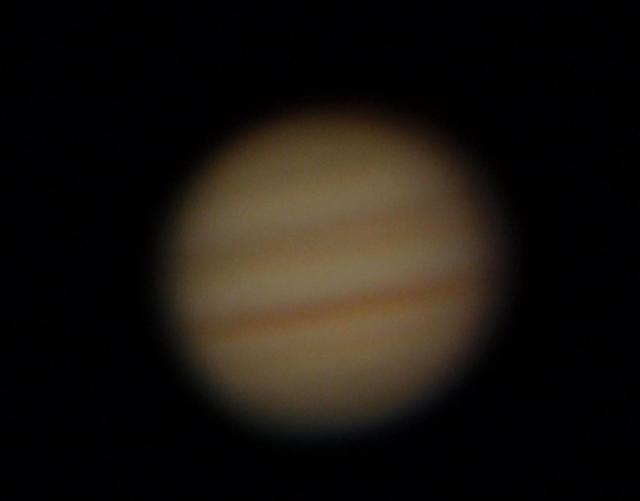 Jupiter is a beautiful planet to view and although you can see better images online or in books, there is nothing that takes the place of viewing this huge gas giant with your own eyes.