Is The Left Coming Unhinged? 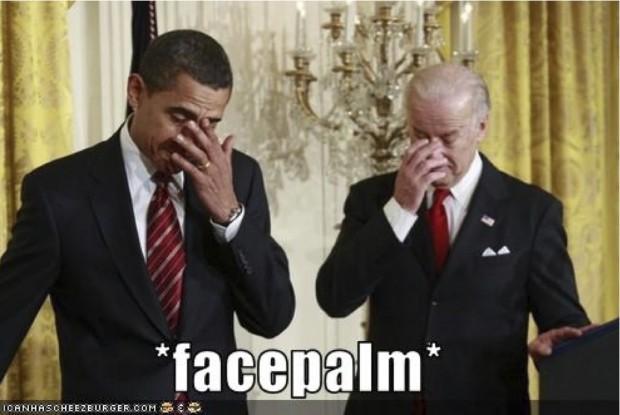 We are now days away from the Sequester kicking in and Obama is having a hard time convincing House Republicans that we need more tax revenue as part of a deal to avert the Sequester cuts.  Remember that Republicans already caved on tax increases in January with the Senate Fiscal Cliff deal and this was supposed to take tax increases off the table but Obama is calling for more.

“To prevent the spending cuts, worth about $85 billion in between March 1 and Dec. 31, Obama called for tax increases and some spending cuts.”

Obama is now faced with spending cuts but his handlers won’t allow him to do that so what is his strategy?  Blame the Sequester cuts on the Republicans!

There’s just one problem with that tactic, Sequester cuts were Obama’s idea.  Even his Press Secretary Jay Carney admitted that!  Plus, the Sequester was approved by both Houses of Congress and signed by The One so I say let it happen.

I’ve said this before and I’ll say it again, It’s Cliffs All The Way Down!  We keep bouncing from one manufactured crisis to another so let’s take our medicine, let the Obamaquester spending cuts happen and Let It Burn.

I didn’t think anyone could be more senseless and disrespectful than ex-Indiana men’s basketball coach Bob Knight when he said in 1988:

”I think that if rape is inevitable, relax and enjoy it.”

Then Bob Beckel (Democratic member of Fox News’ The Five) came along and told a lie about rapes on college campuses:

“When was the last time you heard about a rape on campus?”

That was bad enough but then he doubled down and said this:

So when a woman is raped by her date then it’s not that big of a deal, right?  I think the women who are raped on college campuses by their dates and most decent human beings take a far different view.

And don’t forget why The Five was even discussing this rape topic.  Colorado state congressman Joe Salazar (D) recently made the idiotic comment that women should uses whistles to defend themselves against rapists instead of guns.

In my opinion, the statements by Beckel and Salazar are worse than the one moron Todd Akin (R) made last year.  Remember when Liberals blasted him (as did I) about the term ‘legitimate rape’?  Where is the Leftist media outrage at Beckel’s denial of college campus rape, Beckel’s dismissal of date rape or Salazar’s suggestion that women limit their defense options against rape?

Leftists are pimping for tougher gun laws and banning ‘assault’ rifles as well as high capacity clips since the Newtown shooting (As Rahm Emanuel said – You never want a serious crisis to go to waste).  They think these new laws will prevent gun homicides.

But real events are not cooperating with their meme.  Recently, in California, a mad man went on a carjacking spree and killed several innocent people with a shotgun.  Notice that the murderer used a shotgun, which would not be banned under existing Leftist proposals, and he carried out this killing spree in a state that has the toughest gun laws in the US as rated by the Brady Campaign To Prevent Gun Violence.

I love it when the Left gets cocky and overplays their hand.  The last time they did this they nominated John Kerry against George W. Bush in 2004 and we know how that turned out.  Even with the Main Stream Media on their side, once average Americans see the true Leftist ideals, they turn away in mass.

7 Responses to Is The Left Coming Unhinged?