Building a Legacy at the University of Louisville 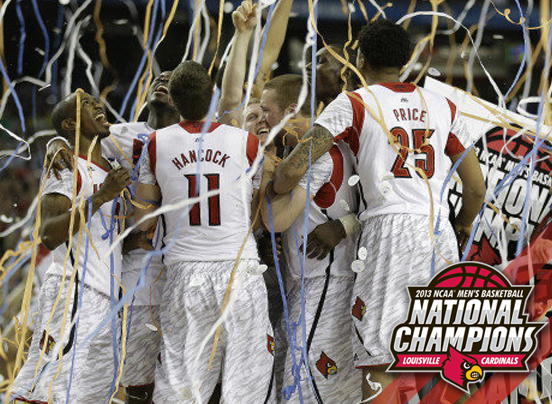 It’s a great time to be a Louisville Cardinal!

The University of Louisville athletic programs have never been stronger and the results on the field are proof of that.

Yes, it’s a great time to be a Louisville Cardinal!  But it wasn’t always like this.

When I was a student at the University of Louisville in the late 80’s and early 90’s, we had a deep sports tradition in men’s basketball but that was it.  The football team was so bad that many students, including myself, would bypass the game and remain in the tailgating area.  The run down baseball field was located next to the Engineering school and I’d walk over between classes to catch some of the day games since admission was free and people rarely bothered to attend.  Outside of Freedom Hall (where the basketball team played), the rest of the facilities (including the football stadium) were outdated or in such disrepair that it was an embarrassment.

But not now!  In the picture below you can see the new sports complex located just to the west of I-65.  When I was in school, this area was dilapidated and contained cheap motels, gas stations and cheap restaurants but the University took over that area and totally renovated it.  What a powerful advertisement to the University sitting next to a major artery of the city! 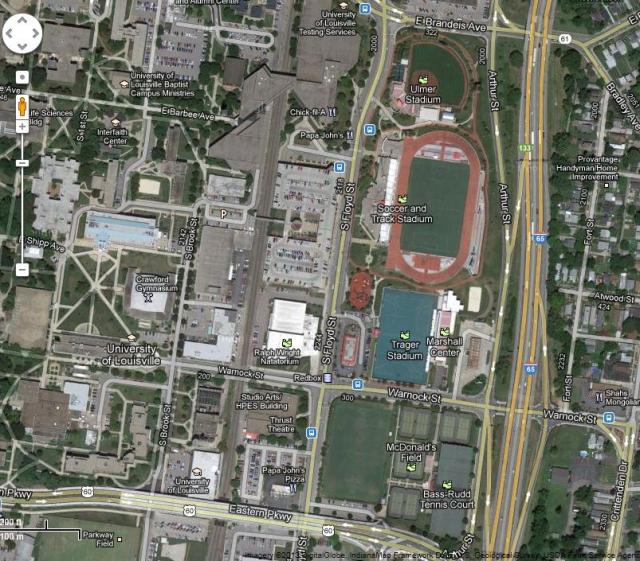 What happened to turn the U of L athletic program around?  About 15 years ago the school hired Tom Jurich as their new Athletic Director.

NPR has a great story about the turnaround from a school many called ‘little brother’ (in reference to the larger, more successful athletic University of Kentucky) and rightfully focuses on the hiring of Mr. Jurich as the turning point.   Read the story to get a better idea of the turnaround but the part of the article that stood out to me was the management philosophy that enabled Mr. Jurich to bring about this successful transformation.

“You walk through our hallways, you see people bouncing off the walls. That’s good. I like to be able to try to rein people in instead of trying to create an energy. If you have to create an energy, you got the wrong people,” Jurich says.”

That is powerful!  If you build a team with people who 1) are scared to make waves, 2) refuse to push the envelope or 3) require constant motivation then you have assembled the wrong team.  You need people who have the drive and ambition to improve the business and once you have that kind of team, your only job as a leader is to set the vision and then step back and make sure they stay on track.

That’s not to say you build a team with people who are so aggressive that they destroy the team dynamic.  At the risk of putting words into someone else’s mouth, that is not what is meant when Mr. Jurich said he had to ‘rein’ in people.  What I believe he’s talking about is when people have ideas that don’t meet the goals and vision of the organization at the time and therefore you have to redirect those resources to other areas.  When you have a highly motivated team, the project field is target rich and you don’t have to spend time inventing projects to work on.  You spend your time allocating your resources to work on the projects that are most pressing and provide the most payback to the organization.

This is sound advice for any leader who is building a team.  Spend the extra time finding the right people and many of your day to day tactical management issues will suddenly vanish and you’ll find yourself immersed in long term strategic leadership.

This entry was posted in sports. Bookmark the permalink.

2 Responses to Building a Legacy at the University of Louisville