Is This How We Run a Country? 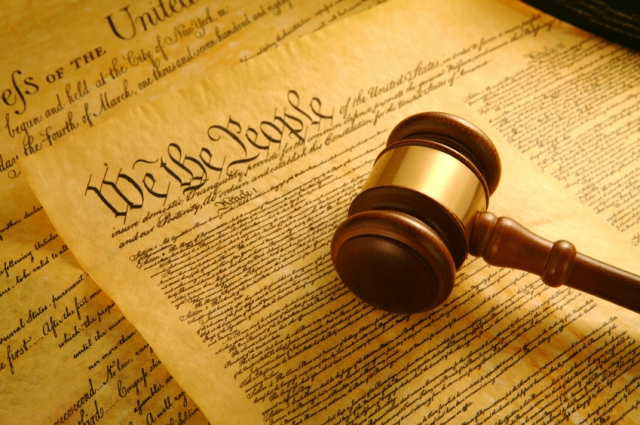 If you were to start a new country, one of the things you will have to consider is how the incoming tax dollars will be spent.  A government should look at its Constitution and determine the areas that are clearly reserved for the Federal Government and then the leaders should determine what percentage of tax revenues should be allocated to each area.

Let’s assume that this country is like the United States and has a Constitution like the good ole USA.  The Preamble to the US Constitution would be our general guide as to what the government should provide and it is quoted below:

We the People of the United States, in order to form a more perfect Union, establish Justice, insure domestic Tranquility, provide for the common defense, promote the general Welfare and secure the Blessings of Liberty to ourselves and our Posterity, do ordain and establish this Constitution for the United States of America.

That is pretty general but when we look at the current spending of the US government we have 9 major categories that cover the mandate of our Constitution and its subsequent amendments and Congressional Acts:

Because our Government has chosen to live outside of its means, there is a 10th area called Interest which represents our interest payments to other countries on debt that we have borrowed.  From the following link, we can see that in 2011 the US is predicted to take in $2.3 trillion in tax revenue and I calculated what each of the 10 areas represents of that total revenue (in 2011).  Here is how those 10 areas are currently appropriated as a percentage of Tax revenue: 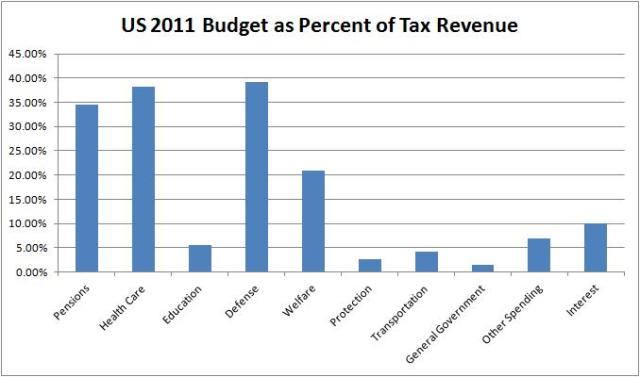 From the latest IRS income tax revenue data, we can see that 51.8% of the total filers pay 98.2% of all the Federal Income Tax.  This means roughly half of Americans work to pay benefits for the other 50%.  Is that how we’d set up a country if we were to start over?

This is no way to run a country and is exactly why many Euro-Socialist countries are failing and in some respects this is why the Roman Empire Fell.

This entry was posted in Entitlement Programs, politics. Bookmark the permalink.

28 Responses to Is This How We Run a Country?